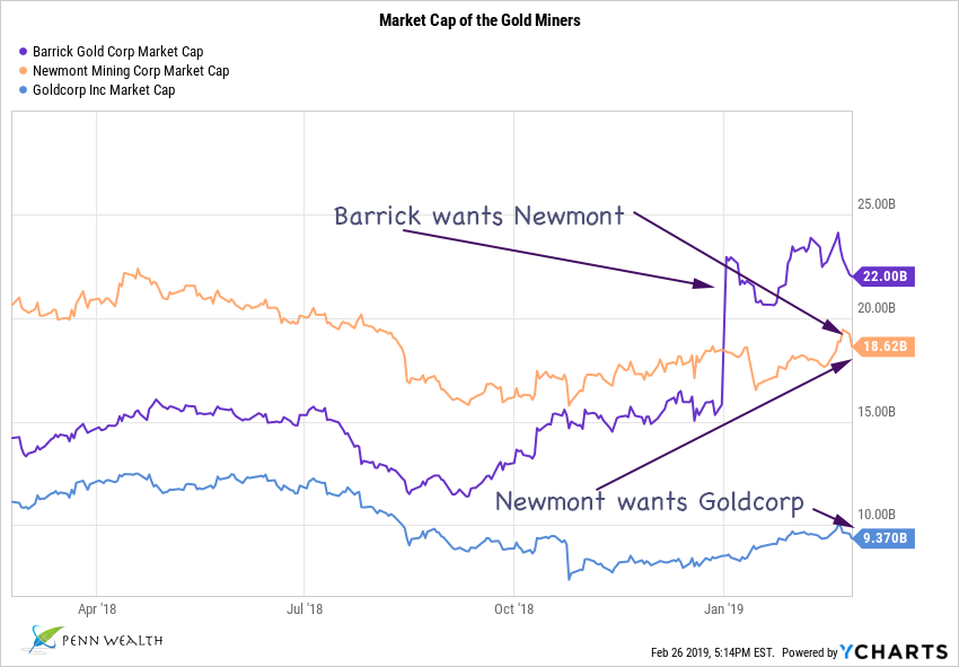 Washington State wants to stop Montana from exporting coal via its shores; is that legal? (09 Oct 2019) This will be a great judicial battle to watch. The United States produced about 755 million short tons of coal last year. Of that amount, Montana produced 45 million tons, placing it at the number seven spot of coal-producing states. As coal has become a dirty word in this country, states have turned to big consumers in Asia to buy their supply and, subsequently, fund their coal infrastructure and workforce. To get the coal from the supplier to the buyer, landlocked states must, obviously, transport the coal to coastal states via primarily rail, and then via cargo ships to their destination. Now, Washington State has a message to Montana: we don't want your coal, and we won't even allow you to ship it from our ports. Our immediate thought was that this is simply illegal, as it clearly goes against the Commerce Clause in the United States Constitution, which gives the federal government the right to regulate commerce through the various states. Hence the lawsuit.

Lighthouse Resources, the company trying to build a coal export terminal on the Columbia River—on a site that already allows coal exports, we might add—has been told by Washington State that it will not be given permission to do so. Citing the Commerce Clause, Lighthouse sued Governor Jay Inslee and two state regulators for the seemingly-illegal action. Not surprisingly, a partisan state appeals court upheld the decision, as would (we have no doubt) the comical 9th Circuit Court of Appeals in San Francisco—the most overturned court in the land. Montana is not the first state to have issues with Washington State. Two coal companies in Wyoming went bankrupt after similar antics were pulled in 2017 due to the inability to freely move their supply to the buyers. Eight states, in fact, have filed an amicus brief on the grounds of economic discrimination by coastal states over those which are landlocked.

This is a fascinating and historical case to watch; one which has the flavor of the 1830s rather than the 21st century. We can almost imagine Andrew Jackson sending troops to the shores of the Columbia River to assure safe passage of the cargo to the North Pacific. In the end, we see the Supreme Court of the United States ruling, by a 5-4 or 6-3 decision, in favor of Lighthouse Resources and the landlocked states. In the meantime, how many more coal companies will go belly up? Washington State is hoping that number is large.
​Early in the year we bought gold; that precious metal just hit a six-year high. (28 Jun 2019) Despite all of the silly commercials on TV promising wild returns in gold, the precious metal traded precisely flat during the five year period between the beginning of 2014 and the end of 2018. Based on what we saw developing in 2019, both economically and geopolitically, we took a stake in gold, via the SPDR® Gold Shares ETF (GLD $111-$133-$136), on the first trading day of the year. What we saw developing has, in great measure, come to fruition, leading to gold prices hitting a six-year high this week. Gold futures currently sit at $1,420 per ounce, or roughly the highest level since May of 2013. The specter of the Fed lowering rates due to a softening economy, concerns over the trade war, and tensions with Iran have all helped to elevate gold prices, as investors look to shelter some of their money in an asset class considered to be a safer haven. We anticipate holding this investment as a satellite position within the Penn Dynamic Growth Strategy for the remainder of the year, at least.
It’s here!  Q2 Earnings Season Launches with Alcoa Profit

(09 Jul 15) The much-anticipated second-quarter earnings season has finally arrived...woot woot!  AlcoaAA got the party started Wednesday night with a slight increase in profit, despite the global aluminum glut.  The firm, founded by Andrew Mellon in 1886, posted top-line revenues of $5.9 billion for the quarter, which filtered down to a bottom-line profit of $140 million.

The company’s strong aerospace and automotive sales made up for the price pressure put on the metal from Chinese dumping tactics.  The raw price for aluminum has fallen 10% since the start of the year, and China’s exports of the metal are up 30% from last year.  The US is the largest market for China’s aluminum exports, which compete directly with Alcoa’s products.  Another case of free trade on our end and restrictive trade by the Chinese.

Alcoa, under the venerable leadership of CEO Klaus Kleinfeld, has done a good job at cutting costs in response to the Chinese dumping, to include shutting the doors on its Brazilian smelter.  Additionally, the firm has benefited from the automakers’ demand for increased aluminum body parts in an effort to comply with fuel-efficiency standards.

At $10.59 per share (down from $40 in 2008), bargain hunters may be tempted to jump in.  However, the Chinese are starting to panic about their economic situation, and certainly their stock market (though their spurious market doesn’t play much of a role in Chinese GDP).  This means that the dumping of commodities on the world market will only increase, potentially driving the cost down further.

In real terms, we see the fair value of Alcoa at around $15 per share, but that does not mean it won’t go into single digits.  We are holding off on purchasing the company, both for our Intrepid Trading Platform and our Global Leaders Club (it has been in both at different times in the past). There will be ample opportunity to pick up shares at a discounted price in the future, as the Chinese problem is not going away anytime soon.
​
(Reprinted from the Journal of Wealth & Success, Vol. 3, Issue 27.)
(OK, got it.  Take me back to the Penn Wealth Hub!)